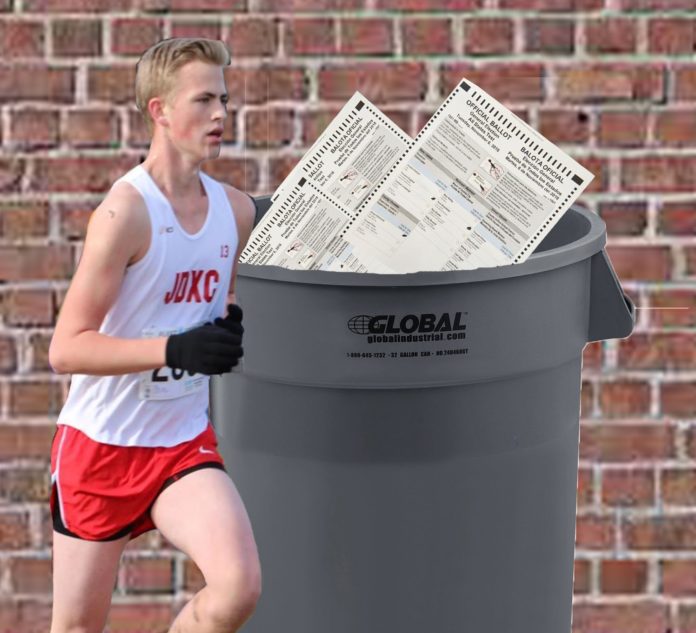 Just when we thought the year 2020 couldn’t get any weirder, the 2020 JD slate elections have been postponed. They were scheduled for Wednesday, October 7th, until Mr. Gasparini got word of claims of ballot fraud. In an interview with him, he quotes, “One of the members of our lovely custodial staff came up to me holding a wad of ballots in his hand that he said he found in the Small Cafeteria garbage cans.” We at Yampage can only conclude that these must have been the mail-in ballots from fully remote students that were intercepted at the Main Office.

This obviously caused some controversy and worry amongst voters. Junior David Scibilia quotes, “I thought my vote would count and we’d have a fair election, but apparently someone has other ideas.”

Although it’s unclear who is responsible for this, Dr. Smith is taking no risks. When asked about how he’s going to ensure a fair election, he said, “At JD, we value integrity. The integrity of our sports, our classes, our publications, and especially our elections. Whoever is responsible for this will be brought to justice.” It was then that Officer P. entered his office and we were asked to leave. This story is still developing and we at Yampage will serve you the most accurate news as soon as we get updates.

In other news, Max Mimaroglu has won the election for school board representative, but this, in fact, is not what the story is about. One of the other candidates, Tyler Aitken, had a very interesting campaign advertisement. Aitken is an avid runner on the cross country and track team, and the ad he made depicts him literally running for school board representative. Even though the election is over, Aitken has not stopped running. In fact, it has become an internet trend to take a photo with him as he travels across America.

#Aitkenrunning is trending #3 worldwide on Twitter and #hesswimmingnow became #1 trending in the U.S. as Aitken hit the Western border and continued into the Pacific.

We were unable to get an interview with him due to our not being able to catch up. This story is also developing.

Guiseppe Baxter - January 31, 2020 0
It is rumored that the school’s Steering Committee is planning to literally force themselves on stage to steer the metaphorical boat in the show’s 11 o’clock number “Sit Down, You’re Rockin The Boat”, as to prevent any turmoil from ensuing involving this nonexistent boat that has the potential to be rocked.