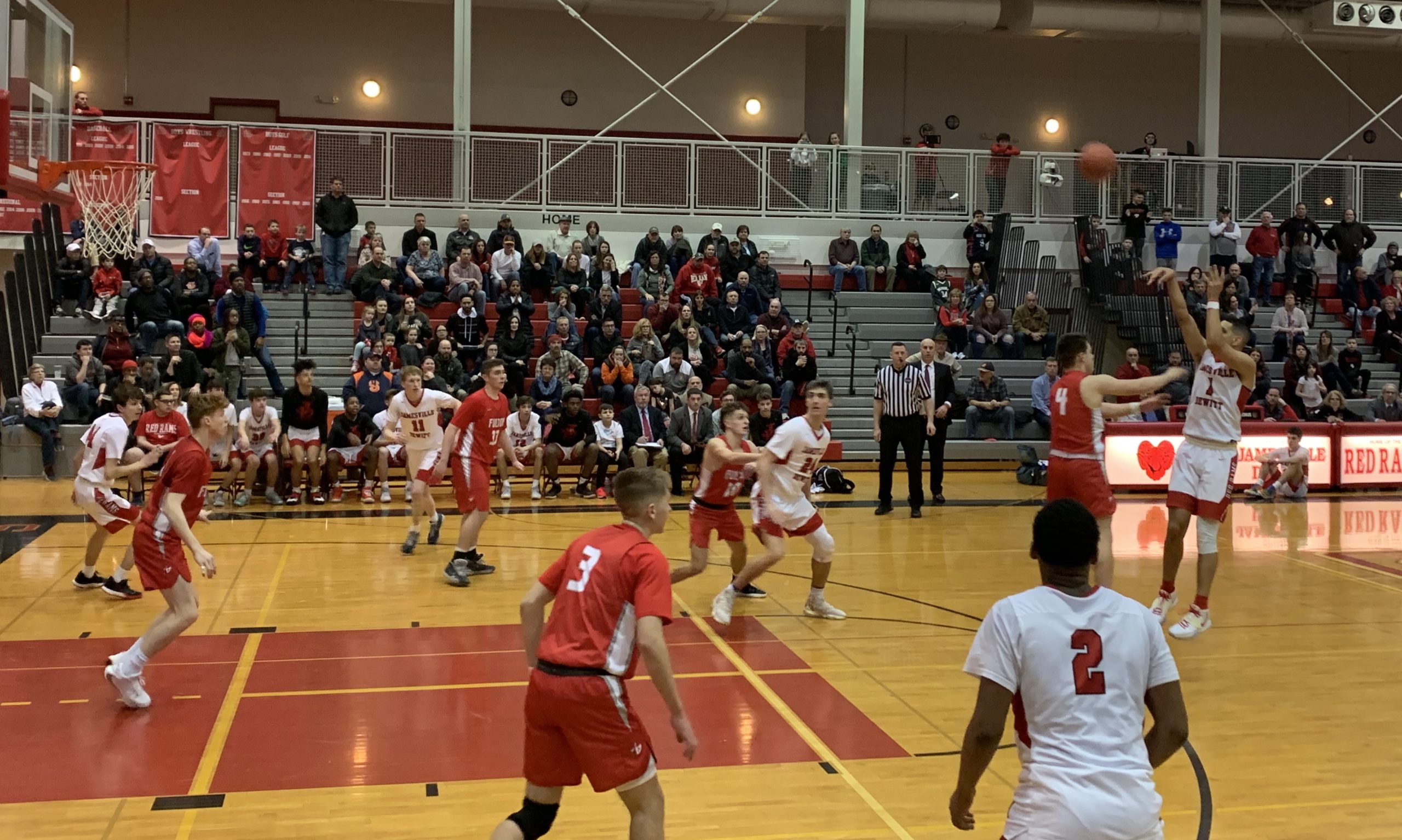 The Jamesville-DeWitt boys basketball team beat Fulton 62-51 on Tuesday to advance to the Section III semifinals. The Red Rams, who are seeking their second straight sectional title, will take on ESM on Friday.

J-D opened the game hot. They jumped out to an early ten point lead, thanks in large part to using their size to shut down Fulton with their man-to-man defense.

After their early struggles, the Red Raiders were able to fight back in the second quarter. Led by senior guard Seth Grimshaw, Fulton brought the game within two. Jamesville-DeWitt needed a quick adjustment, and an aggressive press did the job. By halftime, the Rams had a more comfortable 29-22.

The teams went back and forth with scoring runs in the third quarter. But in the fourth quarter, the Red Raiders started to make a comeback. With a few threes from Grimshaw and some finishes through contact by junior Dom Abbot, it was just a two point game with four minutes to play.

Again, the pressure from J-D’s full court defense was too much for Fulton. Free throws from Shumpert iced the game in the final minute of play.

There are four teams remaining in the Class A Section III bracket. Jamesville-DeWitt will take on East Syracuse Minoa on Friday at 5:30. A contest between Christian Brothers Academy and Bishop Grimes will follow. Both games will be played at the SRC Arena at Onondaga Community College.