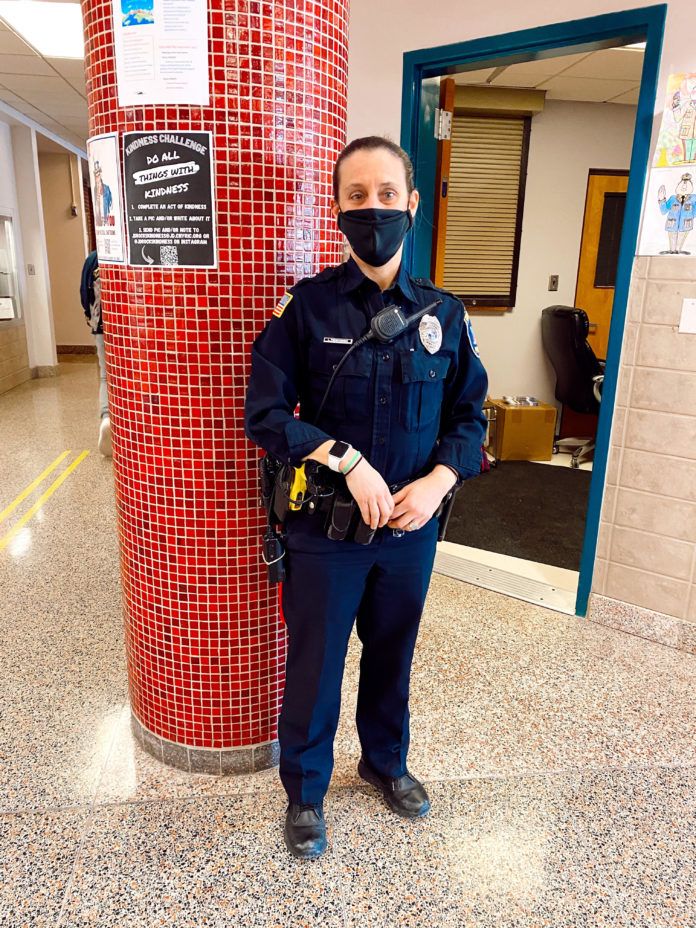 On March 15, after months of consideration and debate, the position of school resource officer (SRO) will remain at J-D.  It was passed with five votes to four on the Board of Education.  Officer Lindsey Pienkowski has been a fixture at J-D since her start at the school in 2018.  However, since the recent Black Lives Matter protests following the death of George Floyd, many parents and several Board members have spoken out against the SRO position, stating that J-D instead needs more counselors.

Critics of the SRO position believe many students are afraid of the SRO.  The Board recently asked for data regarding the effectiveness of SROs in general, and the data suggested that schools are not safer with an SRO.

Advocates for the position claim that the presence of the SRO is a deterrent of violence, citing the fact that she has never had to step in to stop a violent incident at the school.  They also note that the SRO can help to de-escalate situations by responding to an incident herself rather than several police cars showing up and arresting a student.  SRO advocates also claim that the jobs of counselors and SROs are different, so counselors are not a viable alternative for the SRO at J-D.

The Board has been collecting data from African American students at J-D for a few months about their positions on the SRO, but the data is still being collected.  Additionally, the Board is planning to hire a mental health professional for J-DHS next year.  J-DHS currently has five counselors and one social worker.  Officer Pienkowski was brought to J-D after the Parkland shooting as a part of the district’s safety plan.  Cameras were also added, but no counselors or social workers were added at the time.

According to J-DHS principal Paul Gasparini, “The SRO is staying through the end of June.  Then it’s a 2-year contract that the district has to redo.”

Officer Pienkowski defends the SRO position.  “I wholeheartedly believe that the SRO position is an effective position in so many ways.  First and foremost, safety – In the unlikely event that there is some sort of violent act in or around the building, the police response is obviously much quicker.  Having an officer in the building would hopefully end the incident much quicker and also assist in the emergency response, etc. from outside sources.  Second, the position is also a support system for students.  SROs become part of the school and come to know so many students and staff alike.  I have assisted students and staff alike with things ranging from mental health, criminal matters, to problems at home.  I have even assisted students with job applications and school work.  I believe that there can never be too many positive influences in a student’s life.  The positive impact that SROs have on students is immeasurable.”

Pienkowski has stated several times that she loves her job at J-DHS.  “The best part of my job is that it is different everyday.  I never know what the school day will hold.”

Pienkowski, however, understands the concerns some parents and students have.  “I understand that people have concerns over the SRO position.  If the department and school has that right person in the SRO position, it can be a tremendous asset to the school, students, and staff.  With all the conflict over police that has gone on, keeping the SRO position and using it to bridge the gap can help to ease the mistrust and conflict.  Teaching students of all ages that the police are there to help them can hopefully change that mindset.  This year I have ‘taught’ several classes in the district, including officer friendly, stranger danger, and internet safety.  I’ve also been invited to read books, participate in holiday parties, and meet with special education classes for the community helpers unit.”

“My experience at JDHS has been great for the past 3 years.  The students and staff have been welcoming and warm since the day I started here.  I hope that the district continues to have the SRO position and provide the students with this resource.”