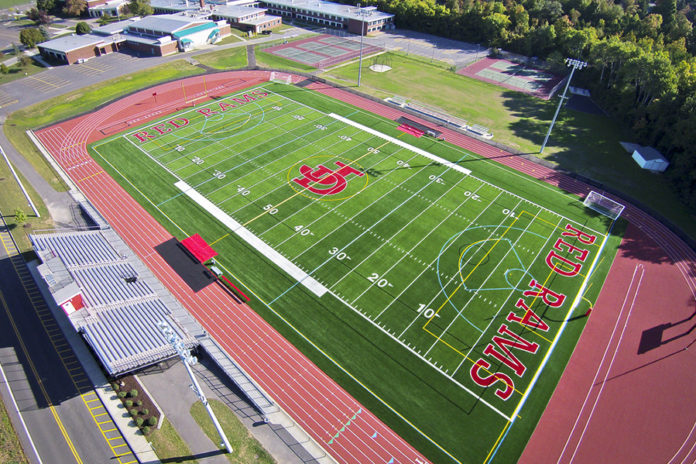 “I am going into a new season and I am feeling confident but also nervous that I won’t have what it takes this season,” said freshman Cleo Shiomos. It takes hard work to be a part of a team and having commitment to a sport. We tend to mainly focus on the basic sport and seeing the team’s accomplishments, but we don’t really see what the players have done to earn their spot on the team. This spring starts a new round of sports. “I am looking forward to tryouts and I can’t wait to claim my spot on the team,” says freshman Kate Dorazio.

“We tend to mainly focus on the basic sport and seeing the team’s accomplishments, but we don’t really see what the players have done to earn their spot on the team.”

Tryouts determine if you make a team or not, which would make it very tense for players trying out; especially ones that have never done a high school sport before. All the athletes had similar takes on tryouts. Freshman Joshua Aitken Has been playing basketball ever since he was a young boy and tried out for junior varsity baseball. “ I guess I am a little nervous, but any player would be. You don’t want to mess up and you feel pressured when coaches are watching. I am definitely feeling confident though,” Aitken said before entering tryouts.  Before tryouts, he listened to music and tried to stay confident.

Freshman Matt Keeler is very confident going into his lacrosse season. “Nothing pressures me. I go in there and I do what I know and I do best and I hope to make the team.” Keeler works very hard at all his practices and never gives up. Freshman Matt Sweeney is also very excited and confident with this season. “If I don’t make the team I won’t give up and I will just keep on practicing until I earn my spot on the team,” says Sweeney.

Not only can coaches affect the way you play, but your peers also play a big role in the tryout atmosphere. Freshman Kate Wilcox is a lacrosse player who is now returning for her second time on the Junior Varsity Girls Lacrosse Team. “My peers can absolutely make a difference in the way I play. Comparing yourself to other players can be a big problem with most athletes.” Athletes have trouble just focusing on themselves while in tryouts because they have people around them and want to see how others are doing. Players can also be affected by peers watching them and can be less confident because of that. As much as their friends do affect her, that won’t stop Wilcox and many others from being focused and making the coaches want them on their team.

Before tryouts players must prepare to show up with confidence to tryouts. Athletes do not know exactly what to expect so they have to focus on every skill of their particular sport. All athletes especially freshman Dorazio have prepared a lot to be on their feet for everything that comes at her. She practices all year long and never stops even when faced with challenges. Softball is the only sport she plays and it is “her life.”She is not able to attend many events and social scenes because of her life, that she calls softball.

Without someone watching it wouldn’t be tryouts. Coach James Tuck The Junior varsity Softball Coach is someone who has to stand and watch throughout the tryout process. He says the the key qualities a player should have are hand-eye coordination, passion, and Ability. “Cutting players has got to be the most difficult day for any coach, It’s a day that I don’t think any coach relishes day. It’s the worst day of my season.” It is always about what the coaches see that counts.

“All the stress and anticipation is worth it in the end.”

All the stress and anticipation is worth it in the end. All of the athletes, Sweeney, Aitken, Keeler, Doazio, Wilcox, and Shiomos all made their sports team. From the year of work to one hour before tryouts it all worked out as a result and they had all fairly earned a spot on their sport team. Just because all of them have made the team doesn’t mean it’s the end of always doing their best. The journey hasn’t started yet, But they have all made it into the adventure.