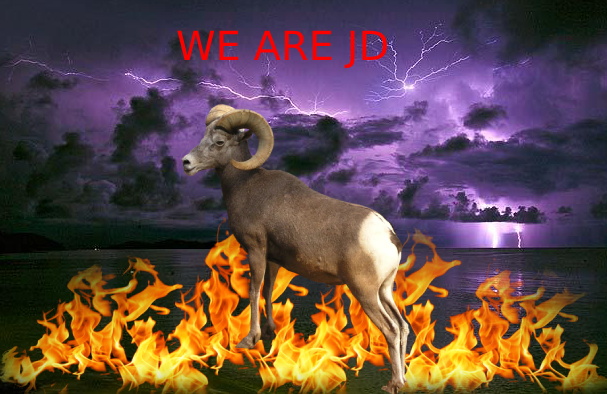 “Beware the 21st of March,” Isabella Bird, freshman and local horoscope analyzer/soothsayer warned Jamesville-Dewitt High School. “The ram will wreak havoc on its territory until it’s season is over.” Alas, no one listened. “Horoscopes aren’t real. If they were, my career would have ‘skyrocketed’ and I would have ‘an unexpected surprise’ around the corner,” stated skeptic and Taurus Gabe Cahill.

Cahill did have a surprise around the corner, however. “This giant thing with horns just knocked me over on my way to class and took my physics exam for me. I got a 49. It wasn’t even that hard a test.”

Junior and Virgo Grace Feng encountered a similar experience. “This beast just grabbed my backpack and went to choir for me, and somehow had the chops to get me put into SPARK. No one seemed to notice that it wasn’t me singing. I can’t sing. Now I’m in a selective show choir. This is the most terrifying thing to ever happen to me.”

The beast with horns is identified as ovis aries, or, a ram. Because of its unusual cherry color, many students believe that the iconic “Red Ram” mascot of Jamesville-Dewitt sucked power from the entire district, causing the high school’s power outage on the ides of March, to be brought to life.

“Because it is the Aries season horoscope-wise, the ram is at its most powerful, and is attempting to adopt the ‘We are JD’ attitude by literally becoming different JD students for hours at a time,” Bird stated in an interview.

When Principal Paul Gasparini was interviewed, he was welcoming of the ram. “I believe it’s a sign that JD is at its strongest, spiritually. We embrace the ram as a sign from the stars.”

Students are shaken by their personalities now being stolen by this large sheep, and can only hope that a bull doesn’t come to greet them after April break when the sun enters into Taurus.

Josephine Dupuis - March 15, 2022 0
When the juniors noticed that said sophomore wasn’t carrying an AP Lang textbook, his disguise was blown and they violently threw their textbooks at him, knocking him backpack-first onto the cafeteria floor.