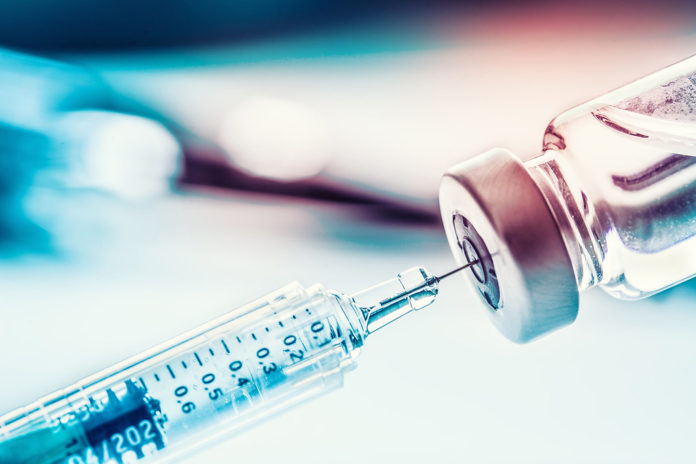 Lately, vaccines have been all the rage. They seem to be everywhere and now, thanks to one particularly overachieving AP Chemistry class, they are in your school.

Since the beginning of the semester, several AP Chem students have been working incredibly hard during their class period to bring a COVID vaccine to their classmates. Latest estimates from this brilliant team of scientists say that this vaccine could be ready by the end of the month.

While most vaccines take several years to be developed and have to undergo many phases of testing and approval, however, this intrepid group of senior scientists has developed a vaccine in under a month. The vaccine has already been tested and FDA approved. To be fair, the vaccine was approved by the JDHS Fans of Dinosaurs Association, FDA for short, not the Food and Drug Administration, but we trust the judgement of JD’s premier society for connoisseurs of all things dino just as much as we trust the judgement of a federal agency.

Many students have expressed concerns about not being able to receive the vaccine due to their age because both the Moderna and Pfizer vaccines are unavailable to people under the age of 16. These students need not worry, though, because the vaccine has been exclusively tested on the annoying younger siblings of AP Chemistry students.

As for the vaccine’s distribution, the students have already come out with a plan, which is as follows:

Phase 2a: Seniors with underlying conditions such as senioritis

Phase 2b: The rest of the senior class

Phase 5a: Sophomores who want to be doctors, grocery store employees, or other frontline workers after high school

Phase 5b: Sophomores who want to be hairdressers, bartenders, or other nonessential workers after high school

Phase 5c: Sophomores who have no freaking idea what they want to be after high school, so please stop asking

Phase 6a: Most freshmen

Phase 6b: That one really annoying freshman who acts like he runs the school

In other news, several AP Chemistry students have been fined millions of dollars and sentenced to 5 years in prison for vaccine fraud.

Aveline Chocolat - September 9, 2021 0
Gaspo, if you’re reading this, let us know by casually dropping the phrase, “We are all yams,” on the morning announcements.