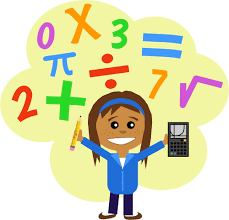 “Three, six, nine, twelve, fifteen, eighteen, twenty-one, twenty-four, twenty-seven, thirty!” sang one Pre-Calculus student aloud to the tune of the ABC song one morning during class. When asked what she was doing, she hung her head in shame—she had finally been caught.

“Well, the truth is,” she admitted to the dismay of her teacher and fellow students, “I can’t even begin to figure out the multiples of three without using the stupid song I was taught in the third grade.” This same student was later witnessed accurately taking the square root of 79,043 without the use of her calculator.

What’s even more surprising is that this individual isn’t alone. One math team member had another interesting method of solving a multiplication problem. He was seen drawing four groups of five dots on his paper and then counting them to find the result. When told that this was a rather elementary way of doing the problem, he replied, with a puzzled look, “What are you talking about? This is a very complex problem! Only a genius could know what four times five is in their head.”

The science wing was affected similarly. One precocious student taking Physics had successfully disproven Albert Einstein’s Theory of Relativity only minutes before, but, when asked to determine the sum of three and five, he scratched his head and began to count on his fingers. It took him approximately 4.78 minutes to determine that the answer was negative 12.

Even AP students have fallen prey to this phenomenon. One AP Chemistry student’s shouts of aggravation could be heard all the way across the school as she tried to round 10.99 to the nearest whole number. “I can’t do it!” she wailed and burst into tears. This tantrum went on for nearly the whole period, until her chemistry teacher finally agreed to just let her leave the answer as it was.

Is math getting harder or are students just becoming more forgetful? No one knows, but one thing is for sure—these students could really benefit from a full review of kindergarten mathematics.

Josephine Dupuis - March 30, 2022 0
While the district is hoping for no more bad press, they’ve guaranteed that when something inevitably goes wrong on the 24th, it won’t legally be their fault.