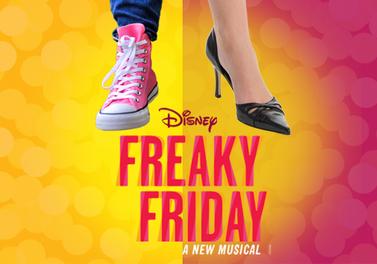 With only months to go before the big shows and being without an auditorium, the Jamesville-DeWitt High School musical cast is working hard to ensure their production will be ready for showtime.

For many years, Beth Quackenbush has been the director of the play at J-DHS. However this year, Quackenbush has passed off the duties to Brian Marcum, Justin Bird, and Brenda Neuss. Marcum is the Head Director and Choreographer, Bird is the Vocal Music Director, and Neuss is the Producer. Although Quackenbush will not be directing the musical, she will continue to teach Chorus at J-DHS.

Under the leadership of Marcum, Bird, and Neuss the cast at J-DHS will be performing “Freaky Friday.” Freaky Friday is a Disney movie that is both funny and full of surprises. The daughter, Ellie and her mom Katherine have switched bodies for the day. During this day the two discover the daily challenges that each face and strengthen their mother-daughter bond. Katherine will be played by senior, Hayley Quackenbush and Ellie will be played by Rebecca Fitzgerald.

With the construction of the auditorium at Jamesville-DeWitt High School, the musical cast will relocate to the Red House, located in Downtown Syracuse (400 S. Salina Street, Syracuse, NY 13202). This venue hosts many different types of shows over the course of the year as entertainment in Syracuse, NY. The Red House staff have welcomed the J-DHS cast into their place while the auditorium is being renovated.

Despite the shift in leadership and without sufficient practice space the cast will put on the play in Feb. The dates and times of the play will be announced as the production gets closer.