RamPage
Home Opinion Editorials A Border “Crisis”: The Manufactured Problem Creating an Us and Them Mentality 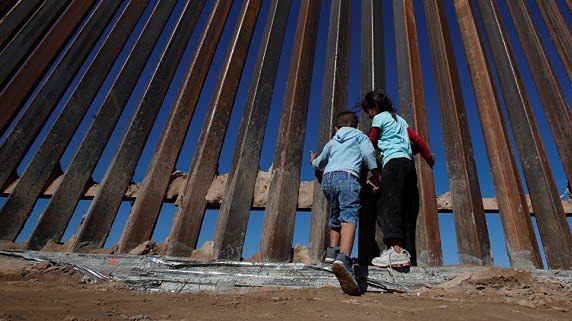 Over the past few months the president of the United States of America, Donald Trump has called for the construction of a 2,000 mile long border wall at the U.S.’s southern border with Mexico. In his fight to obtain this wall, he put a 35 day government shutdown into place, leaving 800,000 people without jobs. According to New York Times, at an Oct. 2015 Presidential debate Trump stated; “As far as the wall is concerned, we’re going to build a wall. We’re going to create a border. We’re going to let people in, but they’re going to come in legally. They’re going to come in legally. And it’s something that can be done, and I get questioned about that.”


“…Building a wall is not an answer, not here or any place.” -nancy Pelosi

Trump called for $5.7 billion to be set aside in order to build the wall, spanning the entire southern border. Trump has stated that this would be the most effective way to keep illegal immigrants out of the country. However his approach would not only waste billions, it would worsen the problem as Americans are splitting into a us and them mentality.

According to cnbc.com, over the past three presidency’s the number of people apprehended crossing over the border has decreased by hundreds of thousands. In 2018, 396,579 people were apprehended by Customs and Border. During former President Barack Obama’s presidency an average of 413, 377  people were apprehended a year. The scores of people Trump claims are crossing the border surpass the 1,643,679 apprehensions that took place in the year 2000, during Bill Clinton’s presidency. As he is quoted saying millions of dangerous criminals are crossing over it is plainly clear the numbers he proposes are false.

Illegal immigrants are statistically less likely to commit crimes compared to native born Americans according to New York Times. This disproves Trump’s claim that all illegal immigrants are criminals, and that they don’t add to the U.S. economy. Illegal immigrants may use the border for access into the United States. However building a 2,000 mile long wall worth 5.7 billion is clearly not the answer.

“We have a responsibility to control our borders. Building a wall is not an answer, not here or any place.” said Nancy Pelosi according to procon.org.

Schools are Hurting Their Students by Their Starting Time