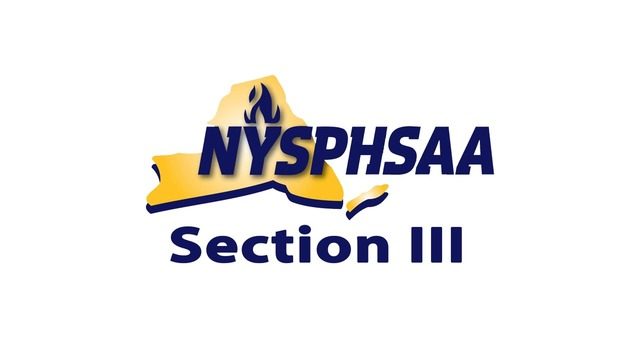 The idea that leadership is a teachable concept is one of the main ideas in Section Three Leadership, an academy whose members are student-athletes who show exceptional leadership qualities. These leadership qualities used in the classroom and in athletics led to eight Jamesville-Dewitt High School students becoming involved in this brainchild of Dr. Scott Vinciguerra.

The purpose of the academy is to expose student-athletes to leadership roles and opportunities and for them to discover their voices as leaders. The academy provides a platform for the individuals to look at leadership from an introspective place.  To sophomore Momo Laclair, the purpose of the academy is “Making sure that there are leaders from every school that can help lead their school to success, athletically but also as people.” However, it’s not just select student-athletes who are a part of this academy. They are hoping that eventually all students will be touched by their ideals and values. Sophomore Marcus Paine said, “It {the leadership academy} improves on the leadership abilities of people who show leadership characteristics so when they get out into the real world they can use them.”

On top of characteristics that are critical for members of the academy, they must have personal qualities that portray themselves as leaders. Dr. Vinciguerra said, “The first thing they need to demonstrate would be the willingness to have the courage to lead. Then beyond that communication then trust and integrity. I think those are strong building blocks for folks who are young and trying to discover their voice as leaders.” Membership requires that they must show these qualities in class, on their teams, and at home as well. John Goodson, the Athletic Director at J-DHS believes that enthusiasm, passion, determination, hard work, focus and the ability to lead are characteristics students and athletes alike should uphold. “Living the idea of the JD way and that other people matter, that’s what we are looking for,” said Mr. Goodson.

Section Three Leadership demonstrates the JD way. Junior Sydney Baker said, “{it} Helps us as a school, it brings us all together, and it promotes leadership in everyone. It gives them the ability to be a leader.” The academy helps students identify the type of person they strive to be and how to act to ensure they are being that ideal person.

The academy has spread into multiple school districts in the Syracuse area. Said Dr. Vinciguerra, “If 30 to 40 school districts through section three all had their unique service learning project, what type of level of impact would that have on our community?” The positivity project and the five keys are values that JD students should live by, as this academy is proving to be part of JD’s growth as both a school district and community.

“There are a lot of difficulties in life, and when you get hit with the difficulties, that is the most important time to make sure that you are being the person you want to be,” said Mr. Goodson when asked why he believes section three leadership is important for the JD community. The more students practice using these leadership qualities, the more comfortable they will be at building and improving their communities. “Where you see an opportunity to step up, you do it.” said Dr. Vinciguerra.

Where can you step us as a leader? Where can you make a difference in your school and community? Mr. Goodson said, “There is nothing wrong with talking about the concept that other people matter. The only thing that can come out of this is positivity.”