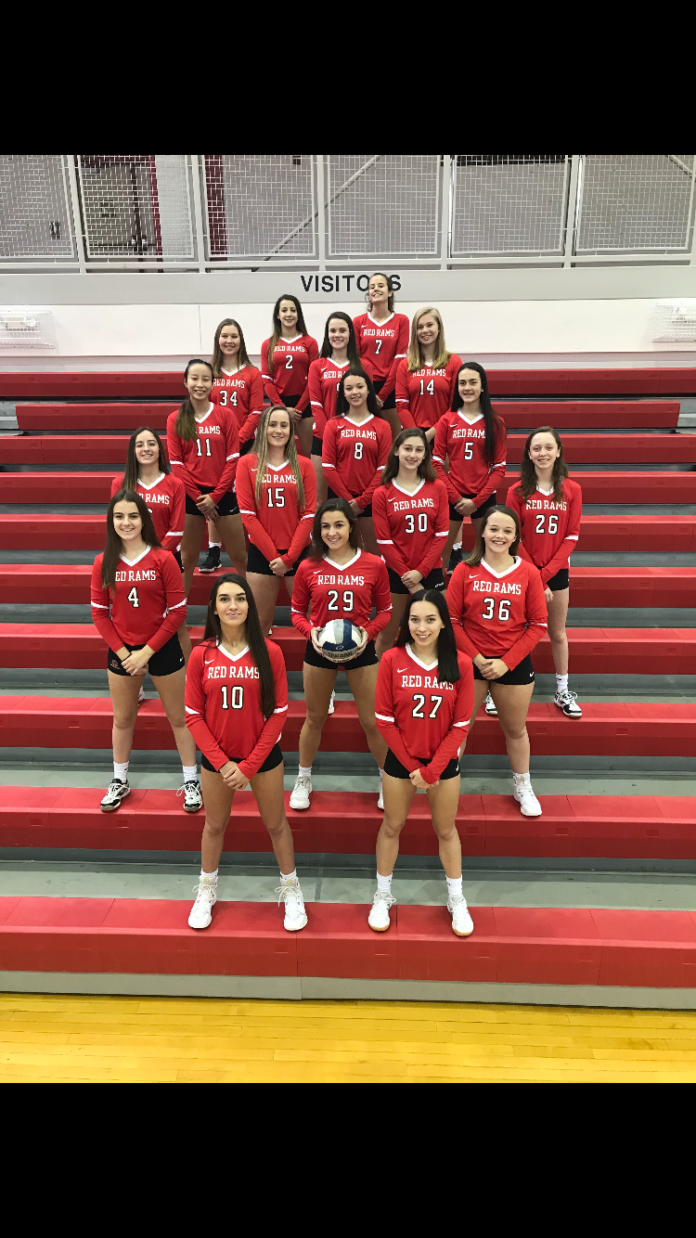 The Jamesville-DeWitt High School Varsity Girls Volleyball team started their season this fall with enthusiasm and spirit. Although the team lost three starting players from last year, they have proven that working hard can pay off. Among the three who graduated, two were the team captains Alex Payne and Amy Shen. With new spots to fill, the younger athletes are stepping up and doing their job.

The J-DHS Girls Volleyball team began their season with practices in mid-Aug. They had their first game against Skaneateles on Aug. 28, which they lost 0-3. However, the team came back from the loss with a win against their biggest rival, Oswego High School.

While the team has a record of 4-3, they are undefeated in their division. The team already faced off against Oswego, on Tuesday, Sept. 25, winning 3-0. The success on the team comes from the conversation on the court, which wouldn’t be possible without team bonding. With ‘family’ being the team’s motto, they make sure to spend time together on as well as off the court.

Senior captains Maddy Ferris and Kaitlyn Gera agree that ‘family’ is the perfect way to describe the relationship of the girls on the team. Senior Cassie Murphy also agrees with Ferris and Gera saying, “We’re like sisters, a whole family.” Between sleepovers, going out to dinner, and pasta parties, the girls spend plenty of time together outside of practice. Although most of the team is made up of upperclassmen, they are definitely making an effort to help underclassmen feel welcome.

Volleyball at J-D is very competitive, three sophomores have proven that they have the skills to compete at the varsity level. Sophomore Linda Shen joined the Varsity team this fall. Shen says the transition was easy due to hanging out as a team a lot during the summer. “They always correct me on my mistakes, and they push me to do my best,” said Shen.