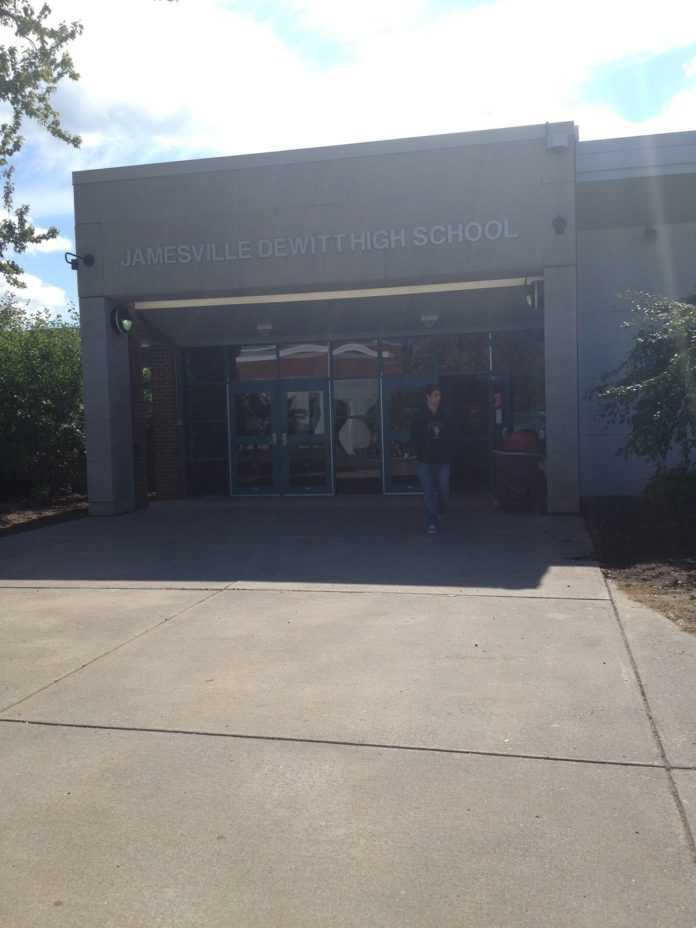 Just a year ago, some new faces at Jamesville-DeWitt High School were hustling through the halls of a different school. Starting a new school year can be intimidating for most students, let alone starting one in a different school, but these new sophomore arrivals make a tough transition look easy.

Almost all of these new students have gone to school in the J-D district before. Katharine Bennett started at J-D, moved to Maine for seven years, and then moved back to the high school for her sophomore year. Sidra Jawed went to Tecumseh Elementary School, Fayetteville-Manlius until eighth grade, Maryland for a year and then recently moved back to the J-D district. Hannah Brooks went to Holy Family School and Christian Brothers Academy for three years, and then moved to J-DHS. Although she had not been at J-D before, she did stay very close, with CBA being right across from Jamesville-DeWitt Middle School.

One might think that transitioning into a new school would be difficult, but when asked if it was hard for them, these sophomores replied easily that it was not. “It was not as hard as I thought it was going to be,” Brooks said. Jawed also said, “Not really, because I’m a tenth grader, so I had that [high school] transition last year.” Bennett added, “Not really because I knew people here from before.”

In terms of differences between J-DHS and her previous school, Brooks said that her old school, CBA, did not have block scheduling. “I like [the block scheduling] a lot because it gives me time to prepare for my tests,” she said. Jawed and Bennett added that there were only minor changes in the way J-D does some things as compared to their old schools.

Moving to a new school is not easy, but these sophomores have handled it like true Red Rams.

Update on Current Board Issues from Student Representative Max Mimaroglu