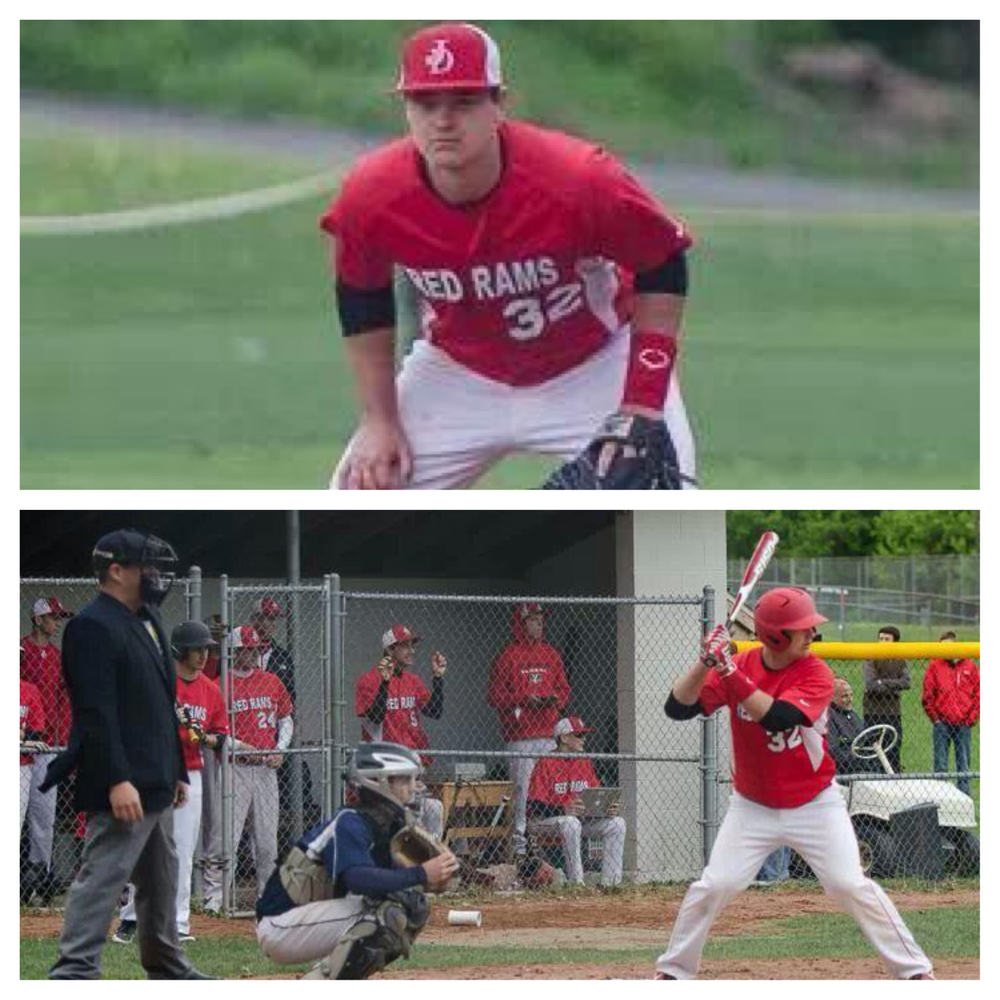 In the eyes of Jamesville-Dewitt High School senior John Werbowsky’s teammates, he is an essential part of the team and not just because he has started at first base for three years but because Werbowsky is a great person. “Not only is John a great baseball player but he’s a great person and student as well,” said Ryan Dera, head coach of the varsity baseball team; “Every great team has a person like John on their team. Encouraging others and working hard, a true team player.”

Werbowsky has started at first base on the team for three years now. On and off the field, he is pushing himself. Whether it’s lifting in the weight room or pursuing his studies, Werbowsky is working his hardest. Senior third baseman/pitcher Sam Crisalli believes that Werbowsky is one of the hardest workers on the team, always in the weight room and taking extra batting practice. “Plus, he pushes everyone else to do better and work harder. John is always encouraging the team, cheering everybody on,” said Crisalli. Considering how hard Werbowsky works, his teammates believe he is underappreciated. Junior outfielder/pitcher Brady Wing believes that Werbowsky is sometimes “overshadowed” by senior players like outfielder/pitcher Chris McGee and pitcher/short stop Jimmy Sinopoli. Sinopoli believes that even though Werbowsky isn’t necessarily the star player, he always stays positive. “John’s attitude is his best attribute,” said junior second baseman Brendan Doust. “He is always in good spirits even if he’s struggling. Always joking around but making sure everyone is focused. He is always trying to get us going, and pump us up,” he said.

Coach Dera believes Werbowsky embodies a team player because he is always looking out for the greater good of the team and always has a positive attitude.Werbowsky is happy all the time and so always lightens up the mood of the team, cracking jokes to keep everybody in a good mood. “He is a 5 year old in a 17 year old’s body,” said junior outfielder Alexander Ferlenda; “but we love him for that.” He helps out his younger teammates, encouraging them and making sure they are on track to succeed by keeping their spirits high says Crisalli.

Even though Werbowsky isn’t a Lebron James or Kevin Durant, he loves the game. “I’ve been playing baseball since as long as I can remember. My brother played first and I looked up to him so I decided to play,” said Werbowsky. Even though baseball is a big part of Werbowsky’s life, he is also interested in the fields of engineering. This is why Werbowsky will be attending Penn State Behrend to major in engineering and play Division III baseball.

Throughout Werbowsky’s high school career he has been able to maintain a .400 batting average and an average above 90, which he hopes to continue this season as he helps lead the team to a state championship. “This is going to be a fun and memorable season,” said Werbowsky.

Werbowsky and his team won their first game of the season against CBA on Thursday, April 10. They won 7-2, with Werbowsky going 1 for 3 with a walk.

Snow Day or No Snow Day; That Is the Question