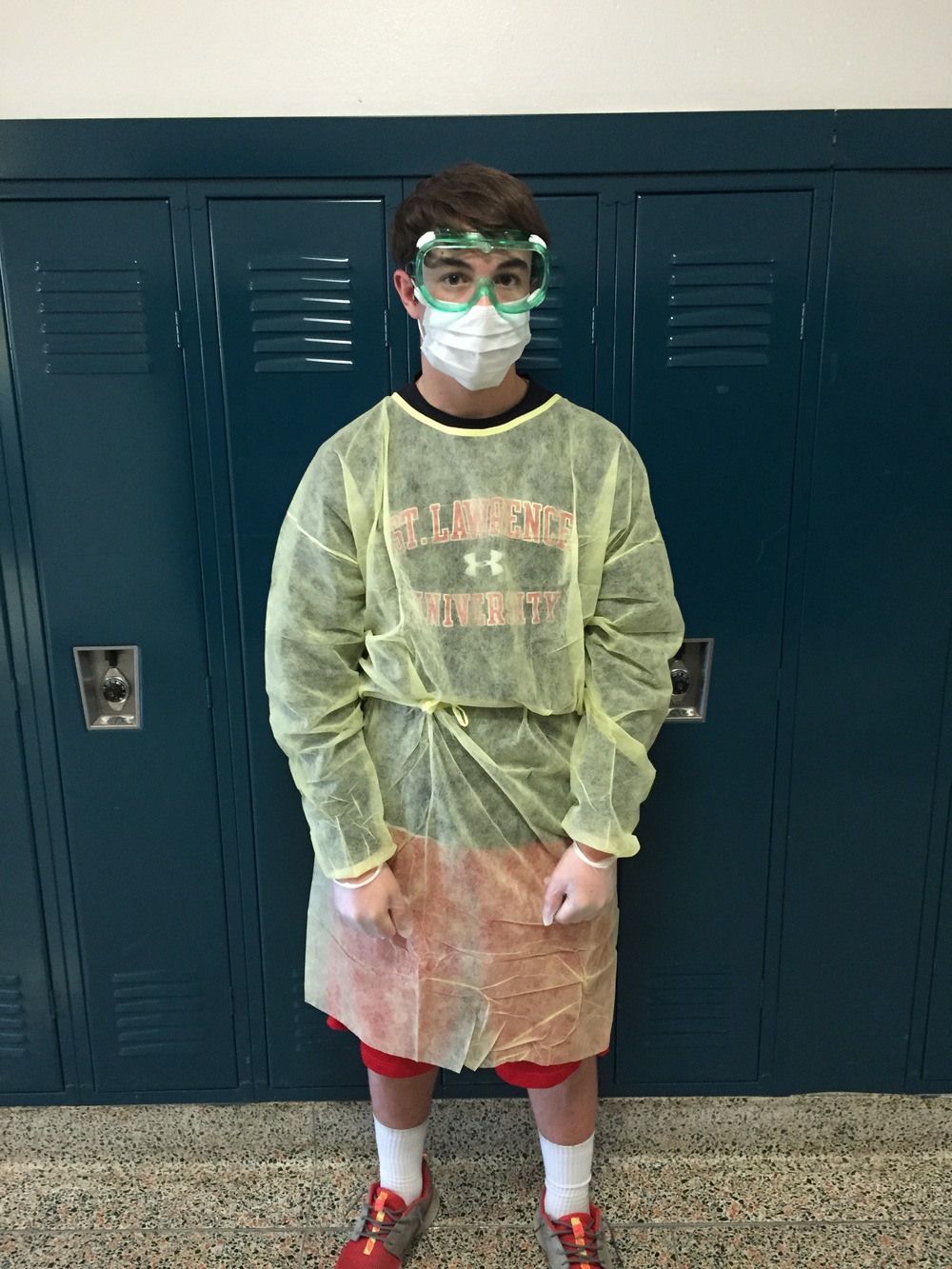 “Ebola is not a joke,” said junior Meg Parker. This sickness was first recorded in the U.S. on Sept. 30, when it entered through a West African citizen who had traveled to Dallas, Texas. But the question is, will the Ebola virus make its way to Jamesville-DeWitt High School?

Senior Emily O’Connor isn’t sure if it will, but wouldn’t be surprised because “of all of the traveling between states.” Parker believes that it is possible that Ebola could make its way to New York State.“I don’t think it’s going to be some big outbreak where everyone gets it, but I think being so close to New York City its definitely possible,” she said. Earth Science teacher Charles May agrees with Parker. If it does happen to spread to New York, Mr. May thinks we’re well prepared because we live near great hospitals and the staff has recieved training incase the disease affects their area. Freshman Abby Baumgartner thinks Ebola will make its way to New York but she doesn’t think it will “affect us too much because people are so aware of it,”

Senior Josh Gutmaker thinks all of the talk about Ebola is overrated. “In the past two years there have been 87 school shootings and almost no one cares. One person in the U.S. has died from Ebola. Literally one,” said Gutmaker. He thinks the constant news coverage about it scares us. “ Eighty-eight people die everyday from gun violence but we only care about Ebola because that seems more scary to the privileged suburbanites,” said Gutmaker.

Even though Ebola is spreading faster than we would have hoped, are people taking the right steps to prevent this virus from spreading even more? Baumgartner thinks that people should be doing more to protect themselves from this deadly virus.,” she said. Sophomore Zac Ripich believes that the precautions that are in place are not enough and more needs to be done.

Unlike Baumgartner and Ripich, sophomore Jamie Rieger and freshman Riley Cappelletti think that people are taking the right steps to protect themselves from Ebola. “People are becoming more prepared everyday,” said Rieger. Gutmaker thinks Obama administration has done a good job keeping everything under control.“I think the main thing that they’re still doing, that they shouldn’t be is they’re still having flights in and out of Africa,” said Parker.